According to the famous cancer expert Dr. Chung Shu Ching, it is better for women to avoid getting their heads wet and cold during menstruation or postpartum resting. Cold temperatures from the water and air could penetrate into the hair follicle and stop the bleeding, preventing the blood from leaving the uterus. Dr. Chung’s longitudinal experiment found that those people who have no feminine cancers don’t wash their hair during menstrual and postpartum periods.

Many friends have told me that they would stop bleeding immediately after washing their hair during menstrual period. In ancient times, women were asked to spray cold water on their heads to stop mass metrorrhagia. Modern women never grasp this concept, and that may be a contributing cause of many female cancers such as ovarian, breast, and cervical cancer. The blood would stay in the body rather than being cleaned away completely.

During the postpartum period, Asian women, especially Chinese women, have a whole month of rest in which to do nothing besides eating, sleeping, feeding the baby, and.....eating. It is best for them not to wash their hair during that month in order to help them finish bleeding completely and smoothly.

According to a large number of clinical observations, western women seem to age faster and have more cancer symptoms than Asian women. One reason could be that they never have the postpartum month of resting. Western women want to have more scientific proofs. Most women still wash hair whenever they want, and their cancer rates are getting worse.

Check out this related information for a more detailed discussion: Washing Hair During Period. Following Dr. Chung’s suggestion is good for women. Have a good dry shampoo as your company. 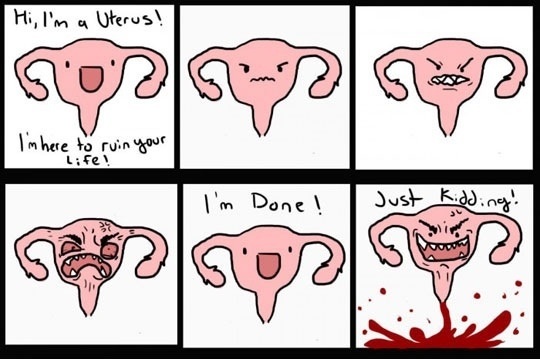